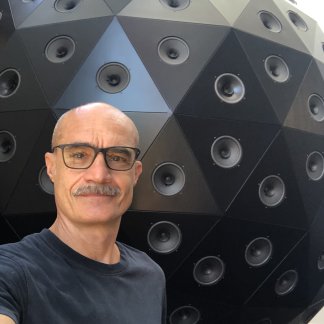 Milano, Italy
Member Since: November 29, 2022
Studio Access: YES
Gender: MALE
Country: Italy
Genres: Languages: Composer, arranger, keyboard player and sound engineer.
As a teen, after few years of classical piano I moved to prog rock founding a Genesis tribute band.
In the eighties I was active in the Euro charts with the Italo-Disco project called Torrevado.
Since the early nineties I am involved in music production and audio post for the advertising industry.
Starting from 2015 I’m working as a producer-sound engineer for few independent rock and folk music projects.
In 2020 I resumed the old band and published a new album called Crossing The Line (Miraloop Records).
In 2022 I played keyboards in the upcoming Action Shelly independent rock project; in the same project I was the sound engineer during the vocal recording sessions.
Now I’m working on a new project based on 5 songs and a series of instrumental interludes that are meant to become a sort of concept mini album to be released in the next 4-6 months.
Electro pop-rock with some prog flavours is the music style.
I’m looking for new fresh music relationships to make this project grow and flourish.