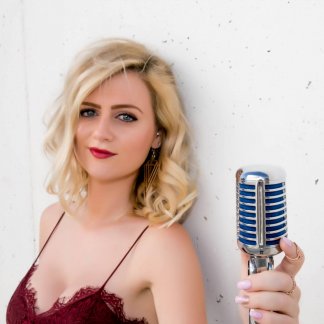 Marbella, Spain
You've Got The Love / She Said / Listen - Zoe Louise
0:00
0:00
2 likes
204 plays
Human (Rag n Bone Man) - Zoe Louise
0:00
0:00
1 like
22 plays
Dreams (The Cranberries) - Zoe Louise
0:00
0:00
1 like
20 plays
Member Since: February 22, 2017
Studio Access: YES
Gender: FEMALE
Country: Spain
Microphone: Audiotechnica
Genres: Languages:
Sounds Like: Adele 0 Catherine Jenkins 0 Lady Gaga 0 Meghan Trainor 1 Zara Larsson 0
Vocal Styles: A Capella 0 Classical 0 Diva 1 Pop Diva 0 Rap 0 Soulful 1
Vocal Characteristic: Crisp 1 Smooth 0 Strong 0
I am a 26-year-old singer/songwriter, originally from the UK but now based in Marbella, Spain. Having lived in Spain for 14 years, I am fluent in Spanish and able to sing in Spanish too.
I have been gigging full-time for more than seven years, gaining a following locally and internationally.
My voice is very versatile due to my large repertoire for performing, and I believe I can lend my vocals to any style of music. As a session vocalist, I am known for following instructions quickly, doing them well, and being easy to work with.