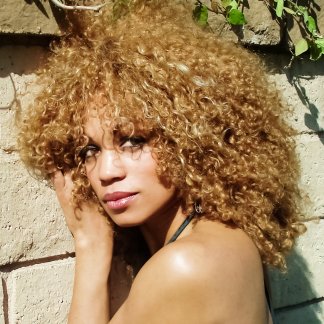 Las Vegas, United States
Don't Play Me
0:00
0:00
1 like
104 plays
Las Vegas Raiders Song
0:00
0:00
0 likes
9 plays
Dream of Love (spoken word)
0:00
0:00
0 likes
7 plays
Member Since: May 15, 2021
Studio Access: YES
Gender: FEMALE
Country: United States
Microphone: Blue Bottle Microphone System, Blue Yeti, MXL
Genres: Languages:
Sounds Like: Michael Jackson 0 Bruno Mars 0 Tina Turner 0
Vocal Styles: Pop Diva 0 Rock 0 Soulful 0 Spoken Word 0
Vocal Characteristic: Rough 0 Silky 0 Smooth 0 Strong 0
Who is Zaina Juliette?
Z-Traxx Presents (ZJ Spotlight Productions)
ENTERTAINER OF THE YEAR - BMA Awards
Who is Zaina Juliette? Brace yourselves.
Entertainer, Recording Artist, TV Host, Actress, Dancer, Producer
Currently, Zaina is hosting her own TV Show on the CW Network.
Preparing for a tour with her Extraordinary Visual, Epic Live Concert Show with Theatrics.
A recent recipient of 4 Proclamations (2016, 2017, 2018, 2020) by The City of Las Vegas for Zaina Juliette Day and for
her Artistry and Girl Power Movement.
[See More at ]
With over 360 Awards as an Entertainer, Zaina Juliette is prominent in the industry for her astonishing live
performances and impeccable stage presence. Zaina Juliette has all of the components of an astounding artist
from her work ethic to her ingenuity and we had to jump at the opportunity to join forces with this incredible
recording artist.
Zaina Juliette was giving her own TV Talk Show on The CW Network, “Zana Juliette & friends” is unique
contemporary talk show hosted by, Zaina Juliette as an Entertainer, Artist to Artist featuring celebrity guests and
upcoming talent, positive events in the city, empowerment and showcasing her talent. Currently, the show is
gearing up to go international and now Zaina Juliette & Friends presents Zaina's Story, A television show about
The Making of a Pop Star, starring Zaina Juliette & Zaina Juliette & Friends TV Show. The show currently airs on The CW Network Sundays at 11:00 AM and 2:00 PM East Coast.

Zaina Juliette and her band The Z-Tribe has made a powerful impact in the musical world. Zaina and The Tribe has
performed their full concert show at many events and great venues such as The Cashmen Theater Las Vegas and The
House of Blues in Hollywood in front the Film and Music Industry, Artist such as Stevie Wonder come to see Zaina Juliette's
live performances to give their blessing and express the love of her voice, showmanship and energy.
Zaina Juliette, known
"The Empress of Pop, Rock, Funk & Dance". Zaina Juliette is more than a Triple Threat: Exceptional Recording Artist,
Dynamic Live Performer, Compelling Actress, and Outstanding Dancer.
The press has compared Zaina to Michael Jackson, Tina Turner, James Brown, Bruno Mars, Terence Trent D’arby, Janis
Joplin and Betty Davis (Miles Davis wife), she is definitely "an up and coming legend on the rise."
Zaina Juliette has an astonishing Band, "The Z-Funk Tribe" That consist of 2 lead guitarists one of which withal plays keys,
dynamic drummer, a bass guitarist, 2 dancers, 3 back up singers and Popular Radio Personality/Musicians DJ Thump. All
the musicians are additionally classically trained and culled music as their main academic.
Zaina choreographed and script her live shows with messages of Girl Power, Tranquility and Love. The show
is filled with theatrics, holographic backdrop footage, with costuming to match the theme. Castles, Dragons, Space
Ships, Warriors, Animation and etc. "The Awakening" Is the title of Zaina's latest show.
Zaina Juliette has produced and directed full Productions starting at the tender age of 11 years old. Directed,
Produced and starred in her first TV show at age 11.
Zaina has won and was honored with over 350 awards as an Entertainer, Actress, Director, and Producing and
performing in breath-taking live shows for many celebrities, and her pristine engenderings from Theatrical
Productions to live music concerts and shows for all ages.
~ More ~
Throughout her life, Zaina Juliette participated in many talent competitions in all areas of entertainment and have
placed 2nd and 1st place in all of them, 1st place winner in 99% of the talent competitions, Pageants, Music
Awards, music Competitions, Dance Competitions, Speech Tournaments, Theatrical competitions, as an Actress,
Director, and Playwright. The International Thespian Society honored Zaina Juliette with many Awards as an
Outstanding Entertainer.
For a while, Zaina put her Acting career on the back-burner so she can focus on her music career. Zaina faced
much of the dark side of the music industry but continues to have tunnel vision on the positive aspects as an Artist.
Zaina stated, "The sky is not the limit for me, I am shooting for the universe!" "I want to create spectacular shows,
that is what is now missing from the industry today.:
Zaina Juliette has performed in many musicals, stage plays, and film projects as an Actress and is currently
Starring in a new TV Series entitled "Shades of Sapphire" where she played the leading role of Sapphire. Also
scheduled to star in another film entitled "Dolls" a Thriller. Also set for a 2nd full TV Series entitled Dark City Legacy a take-off from her role as Sapphire. Zaina also has a film being released this June entitled Secrets.
Recently Zaina Juliette was Awarded 3 Proclamations in 2016 and 2017 and 2018 by the Mayor's office in Las
Vegas Nevada. She was given her own Day "Zaina Juliette Day"
Zaina Juliette has been into singing, dancing and acting on stage and in front of the camera since the age of 5
and performing non-stop all of her life. Zaina has an impressive resume. As a dancer, Zaina had all the moves at
the early age of 4, when she fell in love with the art of ballet and from there sought out and mastered all forms of
dance. Zaina, a true visionary from birth, became a published writer at the early age of 7 and by 11, Zaina
commenced to edify drama and dance. It was during that time the opportunity to indite and produce her own TV
show was offered. Zaina's school became a TV film set for an entire year as she directed and produced a children
s show.
Throughout her life, Zaina has worked with some of the most sizable names in show business. Now it’s Zaina’s
time.
Zaina went on to Jr. High School where she perpetuated working as a student director, singer, dancer, and
actress; she has peregrinated the US with award-winning performances in outstanding theatrical Productions
throughout her youth.
Zaina possesses an innate gift and auditory perceiver for music and is astounding to work within the recording
studio. Once the musical compositions are complete, "isolated in her zone" Zaina writes, arranges, and sings all
lead and background vocals. In less than 4 hours will leave the studio with a exemplary musical composition fully
mixed and ready to master. Zaina has excellent skills as a producer or co-producer and is self taught to engineer
music and edit high quality broadcast-ready TV and film content.
Zaina Juliette authentically puts on a SHOW! When you visually see her on stage, you will visually perceive
why many people state that she is an old soul born in the right era. With her angelic voice on the microphone and
a spirit full of zealousness for music and regaling, Zaina pours out of her soul a dynamic and awe-inspiring LIVE
show.
The Press has labeled her a POTENT performer with a true erudition of the music industry. Zaina as an artist
insists on a total engenderment for her Productions/Live Shows. She owns any stage and choreographs, directs, and
produces each show that consists of dancers and globally prominent musicians whose synergy of energy is simply
magical: The performance will take you back and move you forward. When you experience Zaina Juliette’s Show
you will see why this act is on the threshold of stardom.