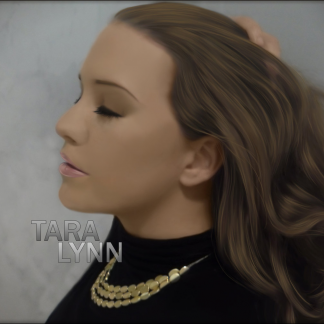 I make music with the aim of releasing it, but I can also be a demo or session singer if required. :)

Fee is minimum for vocals for full song. Will be higher for lyric-writing including vocals. Will likely be lower if you only need backing vocals or a breakdown section.

You can request that I do a short cover of an established artist if you're unsure of my ability to create a certain sound. :)

I can offer vocals as soft and ethereal as Enya, or as loud and powerful as Celine Dion.

I don't use auto-tune, but please feel free to use it on the raw vocal stems (.WAV) I provide, if you want to go for that sound.

Sung The Australian National Anthem at the 2016 V8 Supercars Sandown 500.
Co-wrote 'Wild Horse' with family. Her first own original song.
Was Top 24 Finalist in 2011 X-Factor Australia.
Gained thousands of followers across the world as a result of X-Factor exposure.

SO FAR (on Vocalizr):
2020 - Wrote/provided vocals to Battle Cry, with JayJayOfficial for ESL, released through Enter Records.

Back in Australia:
Lead singer of Top 40s Covers band 'Dash Rope'.
Performed at the Longest Lunch.
Performed for the Relay For Life.

To name a few.

NOTE: Lyrics and vocal melody provided in Contests and Gig applications that are not contracted to the client/composer retain their copyright to TLSOfficial.

I can do all genres, though Trance is undoubtedly my favourite EDM genre. :)

Thank you for visiting! I look forward to working with you.

waxinggibbous said...
"Tara will listen to your requirements and provide the assets your looking for, She is always happy to make changes to ensure your project is the best it can be .I have worked with Tara a few times now and can recommend her work as polished and professional."
5 stars
Private Gig 5 months ago

nathanbonham said...
"Another great project with Tara! Not only a very talented vocalist, but she has a wonderful ear for identifying hidden melodies to incorporate into the vocal line. Look forward to our next piece."
5 stars
Private Gig 9 months ago

AndrewBatterham said...
"Loved working with TLSOfficial, nand was very happy with the communication the whole time. Even when I sent a few more stylistic examples to guide recording, they were taken on board with a positive attitude. Really great result"
5 stars
Indie pop track 10 months ago

nathanbonham said...
"Love working with Tara! She is very professional and intuitive. I look forward to our next venture!"
5 stars
This moments peak a year ago

nathanbonham said...
"Tara has a great natural talent and is great to work with. Look forward to future projects."
5 stars