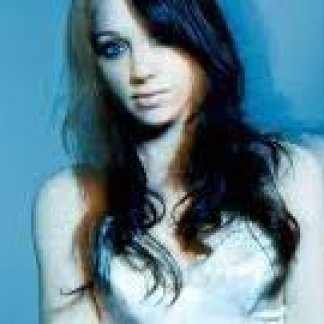 I'm also a producer with my own studio and I deliver top quality vocal files quickly and organised. I have long-lasting relationships with many people in the music business - labels, publishers, music supervisors in UK, US & AU. Where possible I will try to get sync opportunities for the songs I create with my film/tv connections (Universal, BMG, EMI, Netflix, Spotify Head Quarters, Disney and more)

Get in touch! I’d love to help you with your project. I’m versatile, patient and will listen carefully so we can collaborate to achieve your desired outcome.

+ My song RISE is currently the featured song on the New Huawei Mate Series with over 35 MILLION Views on YOUTUBE
+ My song In The Dark is featured on the worldwide OMEGA WATCH COMMERCIAL with Nicole Kidman
+ My song After You is featured in the HIT TV SHOW POLDARK
+ My songs have over 1M views on spotify
+ Signed to Sony, Nettwerk, BMG & Chrysalis Music

* Topline Melody and lyric writing publishing details to be discussed per project.

Jamba Castro - Credits: Producer, Voting member of the GRAMMY ASSOCIATION
"I am a record producer for 22 years. You have one of the most haunting voices i’ve ever heard in my life. 2 instances where I was blown away by a female voice in my life was the first year that as a voting member of the GRAMMY ASSOCIATION I first heard Adele in 2009 and just now, 20 minutes ago when I heard your voice on the Omega Watch Commercial with Nicole Kidman. You are absolutely astounding!!! Thank you for not giving up on your art. The world is blessed through your voice."

Luke Gordon UK Producer Credits: Goldfrapp, UNKLE, The Cure
“I can say without a doubt that Shelley is one of the most talented and professional people I have ever collaborated with.  She is first and foremost a wonderful singer and writer but also an excellent communicator and fast worker.
This platform is an excellent opportunity to work with Shelley - a rare and genuine talent!”

Louise Dowd UK Producer - TV Credits: Made in Chelsea, Dragons Den, Horizon and many more.
“Shelley is a true talent. Her vocal is always beautiful and authentic”

Justin Elswick US Producer/Songwriter - Sleepthief
“It was an amazing experience to see how intuitive and creative she is. Shelley is very personable, provide quick turnaround and really just nails the writing and vocal aspects like a pro. I would recommend her to any producer who wants incredible vocal work and solid writing skills.”

Johnny G Sydney Producer Rumble Studios - Music Advertisement
“Shelley is incredibly talented and versatile. Amazing to work with, taking direction well and contributing creative input, with efficiency. Bubbly personality and an absolute pleasure to have in the studio.”

Jamie Myerson US Producer - Credits: Paul Oakenfold, Sneaker Pimps and many more
“Shelley is a top writer, vocalist and producer who's music stands head to head with some of my favorite artists (think rachel goswell, kate bush, beth ). Shelley writes lyrics with emotion and depth, her incredible voice can range from delicate to dynamic and her production/engineering skills should instill every bit of confidence that you are working with a serious pro. Shelley is down to earth and has an easy-going, positive vibe in the studio, making for a productive experience.”

Dr Monty Badami Sydney Songwriter
“Shelley is such a pleasure to work with. Her voice is evocative and alluring. Her songs are captivating and inspired. Her production is imaginative, and the quality is meticulous. She is such a gifted artist and yet she is humble, warm, professional and playful. We have worked together on a number of projects now, and the experience has always been productive, exciting, creative and fun. I cannot recommend her enough. Everything she touches turns to gold!”

Sigma said...
"Prompt, quick, and straight to the point. Highly professional. Her unique voice is truly a blessing."
5 stars
Private Gig 3 years ago