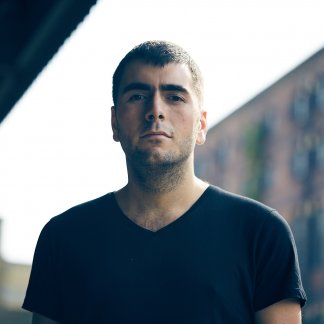 London, United Kingdom
Member Since: June 9, 2015
Studio Access: YES
Gender: MALE
Country: United Kingdom
Genres: Languages: Sam Shelley is a music producer based in London focusing mainly on the House genre. He has loved music from a very young age and started producing in 2011. In 2015, he moved into full time music production.


His first musical interaction in life was with the dance genre. As a child growing up he listened to his mothers disco records and his fathers collection of funk records. His favourite artists were people like Chic which featured Nile Rodgers (a very big hero of his and a real inspiration who has influenced a lot of the sounds you hear in his productions today).

In 2011 Sam did a short 4 week DJ summer course at Point Blank in East London then about 2 years later he did a DJ summer course over the month of at London Sound Academy in Camden Town. In 2013 when Sam left school he went to music collage and enrolled at London School Of Sound in Clapham Common to study Music Production & Sound Engineering. Whilst studying at London School Of Sound Sam found his big love for producing, he had got the Music Production bug. He thanks the really great tutors working there for that. They all previously had jobs in the music business which made them really passionate and enthusiastic about what they were teaching during each class. There passion and enthusiasm really rubbed off on Sam, He says it was a great vibe to work in. Whilst being there thats also when he found out about the DAW Logic which he took to very well, getting the hang of it fairly quickly and it is what he is currently using to do all his productions.

Sam has done DJ sets at various big London locations including: Ministry Of Sound, Egg, Lightbox and The Scotch Of St James and also did gig over the summer of 2017 in Ibiza. He also had a stint on Reprezent Essex hosting his own weekly Wednesday night radio show called Metro Vibes.

As you can gather from reading this Sam lives, eats and sleeps music. You can find him in the studio when the birds are chirping in the morning and late into the night. His music embraces many different sounds from Classic House, Disco and of course Funk.