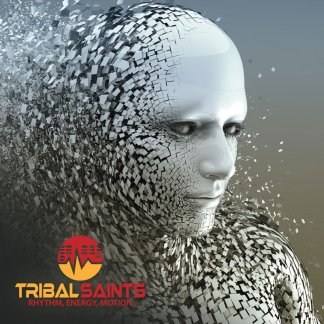 Specializing in EDM, POP, RnB and Hip Hop. We're looking forward to working with you!

Highlights include:
✪ Our single Celebrate hit #56 on iTunes top 100 Dance Chart.
✪ Destiny (a co-write) reached #30 on Billboard's hot dance club chart and remained on the DJ Times chart for over 6 months.
✪ We produced and co-wrote the single “Reach For You” which was featured in the film, The Coalition, and included on the soundtrack.
✪ My Obsession (a co-write) reached #1 on Kings of Spins top rated tracks .
✪ Airplay includes Sirius radio, AOL radio, mix shows, international radio and even Myspace music.
✪ We have had the honor of writing with hit songwriters Bruce Sudano & Donna Summer and international artist Ian Erix.
✪ We did a remix for famed disco artist Meco, famous for his Space Disco Star Wars theme.
Tribal Saints Topline Demo (co-writer/writer)
0:00
0:00
8 likes
336 plays
VOCALIST REVIEWS PRODUCER REVIEWS EMPLOYER REVIEWS
WANTED YOU FOR NEW SONG 6 years ago

Elevate Me Later said...
"One word,fantastic!
It'd been great working with Tribal Saints,very professionel!
And i will do it again!
Thanks!"

JessieWagner said...
"These guys are great writers and producers, pop sensibility with a nice edge, I highly recommend them."
5 stars
Private Gig a year ago

Damvic said...
"Always Great working with Tribalsaints, cant get enough of those wonderful beats and we keep making magic "
5 stars
Topline writer for track provided a year ago

MONY said...
"It was really Nice and inspiring working with TribalSaint. Great beats too"
5 stars
Topline for tropical house track - Artist feature available/TBD a year ago

Damvic said...
"we made a great one together,Really lovely beat. he is one of the best Producers on here no doubt, hope to work again soon"
5 stars
Private Gig a year ago

CoryWade said...
"Total pros! They wrote and produced a great track and have the ability to create on the spot, awesome experience! I'm hiring them for my next song."
5 stars
Private Gig 5 years ago

DiMi_Marc said...
"Very fresh work and creative ear. Hope we get to work again in the future"
5 stars