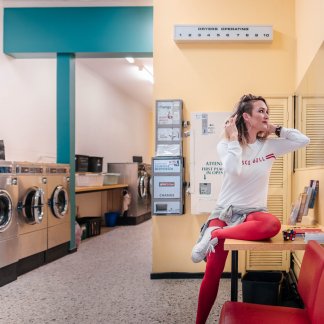 I'm a vocalist, lyricist and violist from Melbourne with heaps of experience writing hooky songs for a bunch of different projects over the years. I've had my songs features on blogs and radio at home and internationally, won a major competition with Channel V and have been nominated a couple of times for the International Songwriting Competition. I also sing professionally as my day job, and I cover a bunch of styles from jazz to soul, funk, rnb, disco and pop - in other words, I'm pretty versatile!

Oh, and if your project is in need of strings, I can help, as I also play viola. You can hear it in both "Undergrowth" and "Lost in Each Other" :)

I have my own studio setup at home which puts out a pretty decent recording, but I also have access to top recording facilities if the project needs something primo. I'm quick on communication and turnaround and super friendly and open to feedback.

Anyway, enough about me - hope to hear from you!