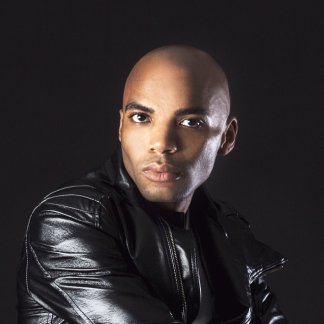 One day, after radiation therapy, Monty picked up an old classical guitar and started strumming. He soon realized that the vibrations from the body of the guitar soothed the stomach pain caused by his ongoing treatment. Monty began playing everyday and eventually wrote his first

Hello! My name is Monty Wells, I am a Singer/Songwriter/Producer from Washington DC, currently living in the Netherlands. My number one priority is taking your work to the next level. I strive to deliver new and innovative lyrics as well as melodies that connect with the listening audience. Through this site, I have helped producers and artists achieve chart success, premier their music on international television, get their work signed to labels (Independent and Major) , as well as, gain support from some of the top DJ/Producers in the world (Armin Van Buuren, Aly & Fila, Ferry Corsten, etc. ). I hope to do that same for you! Additionally, my work has been featured on, Radio, Film and Television (The Passion 2018, MTV, RTL Late Night, Shownieuws, Koffietijd, Veronica). Over the past 3 years, I have had six #1 features, two #2, and a total of 10 iTunes Top 40 projects. ’Replay’, a song I co-wrote, was selected as the title track for the Dutch Major Motion Picture, Code M. Additionally, my song “Daylight" reached #6 on the Hype Machine Chart.

I hope to hear from you soon!

**I provide all of my clients with: quality lyrics, the vocal (which is timed, tuned, balanced, and EQ'd) with and without FX. I also send a polished demo for you to get an idea of what I was thinking when I wrote the number. I will send all this to you in a package via the vocalizr website.

I own a professional studio, my primary mic is the Rode K2 Tube Mic patched through the latest Apogee Duet.**

AXXIK said...
"Thank you so much for youre great work monty! Very professional and awnsome singer and songwriter!
We love it!"
5 stars
Private Gig 4 years ago

okrim said...
"Monty is a professional with an incredible voice. In a short time he vreated a melody that was immediately in my mind. We will work together again"
5 stars
EDM track, looking to feature a strong main vocalist. 4 years ago

Gurps said...
"easy to work with and accomodating to needs. responsive to messages and kept me up to date with progress. would recommend for a nice and easy process"
5 stars
Private Gig 4 years ago

bdinkel96 said...
"Pleasure to work with - communicated well, was flexible with our needs, and delivered quality work. Would hire again!"
5 stars
Michael Jackson Thriller Soundalike for Broadcast 4 years ago

funktoast said...
"I would hire him again in a heart beat."
5 stars
Private Gig 4 years ago

Matt_Hewitt said...
"Great talent, fantastic songwriter and easy to work with. Definitely one of my top on voclizr."
5 stars
Vocals Needed 4 years ago

Runik said...
"Monty really nailed it! a pleasure to work with him..."
5 stars
Vocals needed for funky house track. 5 years ago