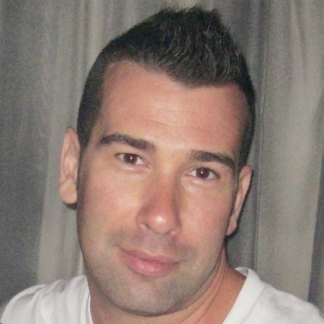 Montreal, Canada
Mikas - FT Marcie - City Lights (Original Radio Mix)
0:00
0:00
2 likes
45 plays
Mikas - This is it (Progressive Trance)
0:00
0:00
1 like
6 plays
Mikas - The Cells (Techno)
0:00
0:00
0 likes
8 plays
Member Since: December 11, 2020
Studio Access: YES
Producer Fee: $500
Gender: MALE
Country: Canada
Genres: Languages: Mikas is a digital music specialist and an audio entrepreneur. His journey into Electronic Music started in the 1990s as a DJ, promoter and producer. He has dedicated more than 20 000 hours producing music for himself and his clients, perfecting his craft to excel in mix engineering and mastering electronic music and beyond.

For the past 6 years, he’s been developing technology solutions building the platform which opened the door to a completely new market of products that were not known beforehand.


As an artist Mikas has released 6 full-length albums in the past 12 years featuring original work and collaborations. His albums are always melodic and progressive by nature. Like everything his music evolved with the years: the electronic sounds have been refined and interpreted to their simplest form. While artists tend to define their music with genres, Mikas doesn’t.

Mikas also owns a record label, Progressive Grooves Records, which he set up in 2005. The label has been publishing inspired electronic music receiving support from the best DJs both live and on the airwaves.

With over 250 000 digital downloads sold under his label, together with his artists he frequently reached the top 10 on beatport progressive house and trance music charts.

During his Dj career he performed live in numerous venues from lounges to large after-hours with 50 to 2000 people in attendance.

Mikas co-produced and animated a TV and radio show featuring the world’s best DJs. He realized the entire post production of the video and audio for the 28 episodes.

Talent has always been at the core of his career. To promote it and cultivate opportunities he’s attended various music conferences: WMC (Miami), ADE (Amsterdam), SONAR ( Barcelona), MIDEM (Cannes).


And the journey continues.

Baker said...
"Awesome working with Mikas. We did a nice job together. Looking forward to more future projects!"
5 stars
Vocals Needed For Sample Packs www.wemakedancemusic.com a year ago

vocalsbyrome said...
"Super talented producer and great musician! It was a pleasure to work with Mikas on this project :)"
5 stars