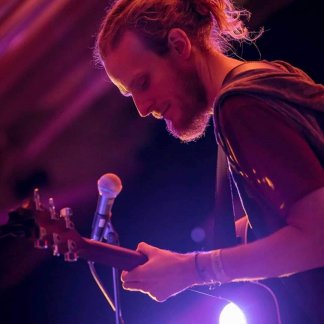 Free spirited duo River Roots (Matt Harrington & Gem Neilan) are a singer-songwriter acoustic folk-roots couple from UK, delivering conscious mind opening music from the heart.
Immerse yourself in the healing harmonies as the good-vibes and positive energy uplifts your soul.

Inspired by the profound experiences and connections they have made on their travels, River Roots take the audience on a unique heart felt journey. A gentle transition, as they seamlessly weave between soothing melodies to funky upbeat feel-good songs.
Matt originally from Leeds, kick started the musical journey while the duo were travelling Australia 2012. Inspired by the beautiful surroundings and easy going vibes, his flow of creative writing was ignited. In 2015, the music naturally became a co-creation as partner and vocalist Gem originally from Manchester, blended into the mix, evolving the music into River Roots. The chemistry between the singer-songwriting soul mates is real, and their authentic selves shine through their live performances.

“Our mission is to spark inspiration and ignite passion in people to transform their reality.
Music is powerful and true magic, we want to help spread it to the world.”