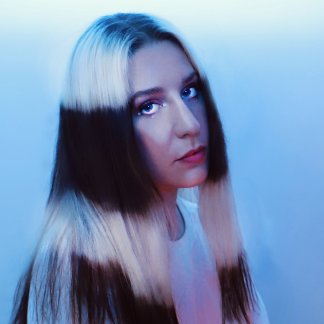 London, United Kingdom
Phenomenal
0:00
0:00
0 likes
25 plays
Falcon
0:00
0:00
0 likes
14 plays
F.A.C.E
0:00
0:00
0 likes
32 plays
Member Since: February 23, 2014
Studio Access: YES
Vocalist Fee: $2
Gender: FEMALE
Country: United Kingdom
Microphone: RODE NT1
Genres:
Sounds Like: Kylie Minogue 14 Madonna 2 Gwen Stefani 0
Vocal Styles: Pop Divo 0
Vocal Characteristic: High 5 Low 0 Smooth 4 Strong 4 Crisp 0
(Incase you are wondering .... Yes I have been a member since 2014, I was one of the very first vocalists on this platform, but I only used it for a few months. I have only just returned to Vocalirz last month and uploaded new tracks etc. Just wanted to put that out there incase anyone thought it was weird that my reviews are from 2014 hahha )

Australian born and raised feature vocalist and songwriter Madeleine Wood is imaginative, original, transparent, bold and so in love with creating music.
Her unique talent for channeling the most ultra hooky and authentic melodies and toplines has caught the eye of A-list DJ’s and record labels worldwide.

Madeleine has over million streams on Spotify and this is only the beginning.
Her passion lies in the art of writing and working with other artists, DJ’s and labels on their creative vision.
Madeleine speaks the universal language of music but is most comfortable in and suited for EDM, pop and sync sessions.


When awarded a gig, I am more then happy to keep sending rough demo’s back and forth until producer gives it the thumbs up and is 100% happy. At that stage I will track the final vocals, edit in melodyne ( if that's what producer wants, and send high quality stems.

Dillytek said...
"She was an absolute pleasure to work with, and also extremely professional.
Would highly recommend to anyone."
5 stars
female vocalist wanted 7 years ago

edm_student said...
"Working with MZ.MadWood was great! My track was a fairly complete demo and I had solid lyrical concepts, but the lyrics were rough. I gave lots of artistic freedom to MZ. and she really delivered! Her vocals were very professional and her embellishments and additions were stylistically appropriate. She was really in tune with the vibe I was going for! On top of all that, I had a very short timeframe to work with, and she delivered professional results very quickly! If you want to take your track to the next level, do yourself a favor and spend the money for quality! You'll be glad you did!"
5 stars
Broken 8 years ago