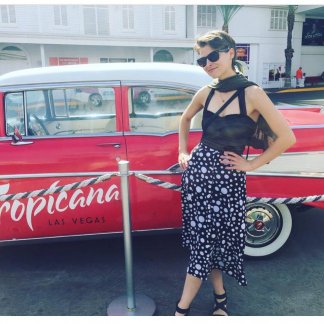 I've been a session vocalist for several years, and I have performed in bands in California and Paris, France. I'm bilingual (French); English is my 1st language. I've also been a singer/songwriter for many years. Most recently, I've been hired to sing a record in English for a very popular children's show in Brazil, Spain, and the US. I've worked on projects for the Young and the Restless and Riviera Films, as well as with Grammy Winning engineers David Greenbaum (2015, Beck) & Tom Weir (2004, Toots and the Maytals), Grammy nominated engineer Luke Tozour (2010, Katy Perry), and Pat Seymour (Eurythmics).