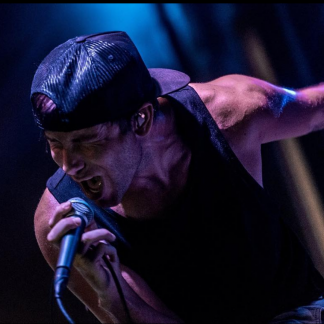 Nashville, United States
Coming Home // KELLR feat LNYX
0:00
0:00
3 likes
161 plays
Chasing Stars // LNYX (Unikron Remix)
0:00
0:00
1 like
29 plays
We Can Be Anything // Francis Dávila feat LNYX
0:00
0:00
7 likes
214 plays
Member Since: October 26, 2016
Studio Access: YES
Gender: MALE
Country: United States
Microphone: RØDE Classic II
Genres:
Sounds Like: Matthew Koma 1 LNYX 0 The Chainsmokers 0 Mike Posner 0 M.Bronx 0
Vocal Styles: Pop Divo 0 Rock 0
Vocal Characteristic: Crisp 0 High 0 Strong 0
I've been writing, recording and singing for the past 14 years. I spent a lot of those years on the road with Philmont (EMI) and LNYX. I'm well versed in writing lyric and melody for pop, rock and EDM but love writing in other genres as well. I'm heavily invested in any song I write treating each one as if it were my own personal release.

Like countless other American high school-aged kids I grew up spending my weekends in a loud garage, banging out haggard tunes with some of my best friends. The hobby turned into a passion and I started my first band summer of my senior year. I played, wrote and developed my pop-rock outfit (Philmont) through college, honing my songwriting skills, before penning a deal with EMI-CMG in 2007. We released an EP and a full length before venturing out independently for two more EPs. By the time we broke up in 2012 I had been able to tour the world and grow into myself as a musician and songwriter. In 2014 I formed LNYX- an electro-pop band with my wife. I love pulling my pop/rock roots into the electronic elements to see what comes out the other end. LNYX has also opened a lot of opportunities for collaborating with other artists all over the world. ()

I thoroughly enjoy songwriting- especially for other artists. I love the challenge of channeling the client's vision and emotion and adding a touch of my own voice to bring their project to life. While pop is my wheelhouse I'm comfortable writing in many styles.

Tell me what you want to say and I'll give you the words to say it.