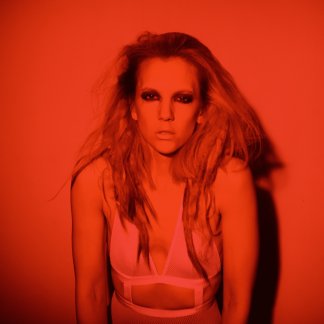 I'm the founder of Choir Noir, a UK-based alternative choir, and my choir leading & choral arrangements have featured on two UK Number One albums, Bring Me The Horizon's Grammy-nominated album 'Amo' and Architects album 'For Those That Wish To Exist'. Go to c h o i r n o i r . c o m for more info.

I'm a versatile vocalist with a 3 1/2 octave range and I've recorded vocals in a wide range of styles. I am also experienced as a topline writer, lyricist and songwriter. My songs have been played on BBC 6 Music, BBC Introducing, XFM and have been synced to movies and TV shows internationally. I released my debut album as Cestra in 2020 (c e s t r a . c o . u k)

I'm very experienced at vocal engineering and production and I record with Logic Pro X and Neumann/Brauner microphones. I often remote record vocals for producers, so the Vocalizr format is pretty familiar to me.

If you're interested in working together do get in touch. I'm looking forward to building relationships with new producers!

Takuro Spirit said...
"Once again, Kat came through with some incredible, powerful, and emotional vocals. Her range and power are incredible. Also, she's very communicative, professional, and she provides everything so quickly! Kat is forever going to be my "go to" vocalist for any future projects."
5 stars
Private Gig 4 years ago

Takuro Spirit said...
"Kat is AMAZING. She provided some of the catchiest lyrics I've ever had the pleasure to work with. The recording quality was incredible and there were so many harmonies and alternate takes to choose from. I will definitely be working with her again."
5 stars
Dreamlike vocals needed for bassy track 5 years ago

Furoca said...
"It's been a pleasure working with Kat - as you can her from her page she has an amazing voice, but is also very professional, fast and loaded with ideas. Kat was always quick to reply and happy to do extra takes and harmonies, always suggesting more ideas and giving more extra options for the track over and above what was asked for. I would definitely recommend her and work with her again!"
5 stars
Seeking creative vocals for electronic song 5 years ago

Dreamspire said...
"It's been a pleasure working with Kat. She is everything I expect from a professional vocalist. She is very timely, communicates efficiently, and takes critique and feedback very well. She understood what I was going for and was versatile enough to nail the delivery in the end."
5 stars
Smile 5 years ago

AlexTwins said...
"Kat is a super professional vocalist with incredible talent. Was a pleasure working with her! I will definitely work with her again!5/5"
5 stars
Dark Glitchy Synthpop seeks your moody vocals (Think Chvrches) 5 years ago

Tom Vera said...
"A great experience working with Kat. Outside of her amazing voice she completely understood what I was looking for vocally and lyrically. She was extremely professional, communicated well and delivered on time. I'm petitioning Vocalizr to allow six stars just for Kat."
5 stars