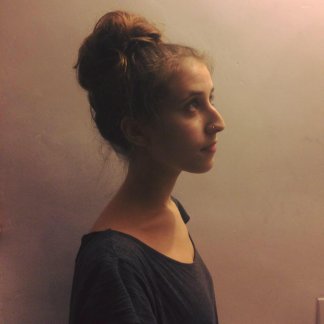 Johanna is a singer/songwriter with roots in Germany and Spain. Her life has always been full of music. She learned violin, guitar and piano, trained her voice and began to write her own songs as a teenager. In 2013 she won Germany's most prestigious national music contest as a singer and a first prize for the interpretation of her own songs later that year. The publicity surrounding her awards led to a scholarship, nationwide gigs and a tour in Greece.
In 2014 she made her dream come true and moved to Manchester to study songwriting at the British Institute of Modern Music. In just one year she has made herself known within the music scene in Manchester, played in the important venues like Gorilla and the Ruby Lounge, bigger festivals such as Leeds and Reading and supported famous acts like "Julia Neigel" and "Anastacia". Earlier this year she released her debut EP “Silent Confirmation”. Whether it is with band or her soulful acoustic set: With her stage presence and her natural voice she captures the audience with her songwriter pop sounds and takes it on a poetical journey through the souls of contemporary young women between self-consciousness and doubt, love and loss, melancholy and celebrating life.
Airborne
0:00
0:00
2 likes
54 plays
Private Gig 3 years ago

Logan_Atbud said...
"She's a very good singer. Her lyrics are very good too for the goal of the song. She added a very original harmony because she understand very well the project and the music. In general, recommendable choice."
5 stars