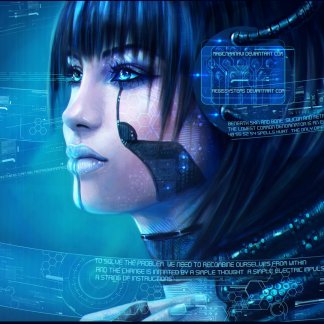 West Midlands, United Kingdom
Member Since: June 12, 2020
Studio Access: NO
Gender: MALE
Country: United Kingdom
Genres: Languages: My name is Matt, aka: Hyper-Shifter, and I'm a synthwave/Trance/EDM producer from the United Kingdom. Every project that I do is fuelled by a combination of nostalgia as well as an inner longing to return to a better past. I'm finally in a position to produce my own audio and was fortunate enough to have collaborated with a wonderful female vocalist (Rita Raga/Meggy M.) on my most recent project, which I've finished mixing & mastering and have added to my showreel. Many thanks go out to all those who showed their interest in the gig itself.

I'm a self-taught percussionist from a very early age who grew up around music. I was an integral part of many local rock groups throughout my early 20's and did many live shows on drums, synths and percussion in general. I became heavily interested in DJ work during the underground rave era in the early '90s and soon found my way leaning more towards trance music, having explored many avenues during that time. I am fuelled by nostalgia, and stumbled (thankfully) into the world of Synthwave. Since finding this new lease of interest I have worked with numerous DAWS, including LMMS and FL Studio - the latter being my chosen platform. I'm still learning and enjoy what I do.


You can also find my work on the following platforms:

Rita Raga aka Meggy M said...
"The track was great and the producer had the clear vision regarding vocal style and lyrics. The workflow and communication was great and I'd definitely work with them again!"
5 stars