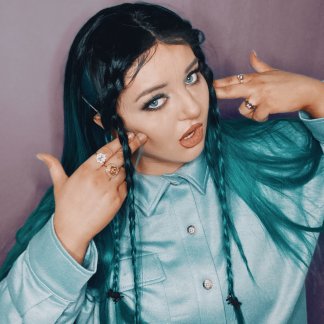 Press bio;
British alt-pop artist Georgia Meek made her explosive entrance onto the UK music scene in 2018 with her critically acclaimed single ‘Bare’, which quickly thrust her Spotify audience into figures just south of half a million.
The ‘organically viral’ songstress has since scored some of Love Island’s hottest moments over on ITV2, capturing the support of Ministry Of Sound, Radio 1 & BBC6 Music.

Despite a global pandemic, 2020 showed no slowing for the 26 year old’s climb, as her name was seen on the bill for Radio 1’s (virtual) Big Weekend, Liverpool Sound City, The Great Escape, and several other internationally recognised music festivals.

Beyond music, Meek’s voice has become a monumental focus amongst both UK and international press, preaching feminist movement, self love & individuality.