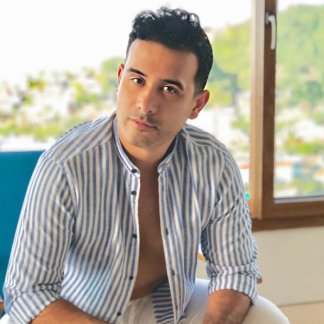 'Sup guys, it's Freddie! I strive to surround myself with positive people who pride themselves in working in the utmost professional manner & put forth my complete passion and commitment to every single project I sign on to. But also strongly believe that clear communication and trust are the secret to any collaborative success, and I look forward to sharing in some big time success with you soon!

Disclaimer: I don't do contests or demos, due to a very busy studio schedule, I need to be hired in order to schedule / invest my time and best efforts into your project. This site protects the producer that is hiring the vocalist, you don't pay until you're happy with the final result, so if you like what I've done previously, and have read my reviews, that should be enough to alleviate any concerns you might have. Thanks so much for your understanding.

Damiga said...
"Freddie was fantastic to work with. Cannot wait to collaborate with him again!"
5 stars
Vocalist needed for Avicii-style track 4 years ago

AHHMUSIC said...
"Amazing voice and amazing quality! Gave me what i asked for and more.
Would definitely work with him again."
5 stars
Tropical Song Needs Female Vocals Pay $60 4 years ago

Silberhora1858 said...
"Even though after trying a number of solutions I realized that I was not clear with what I wanted.. we worked things out and he gave me a product that I will be able to use.. in some way.. he gave me solutions and we renegotiated the price so both parties were satisfied.. Very helpful."
5 stars
Male vocals for catchy beat'n'pop tune. 4 years ago

StefanG said...
"Freddie was great to work with. Very communicative and positive about the whole project and process, and totally professional."
5 stars
Vocalist needed,winner gets famous on a major label like Spinnin 6 years ago

EvioneStudio said...
"He did the vocals very fast, and splendid work, I like the final record very much, hoping for future collabs :)"
5 stars
Vocals for Afro-Latin Commercial track 6 years ago

Tøda said...
"It was a breeze to work with mister Freddie. He delivered everything I needed and more! What a beautiful voice, I will most definitely work with him again. Highly recommended and professional vocalist."
5 stars