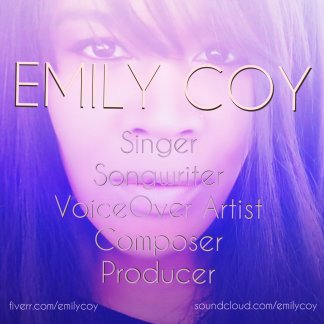 Emily Coy (soundcloud/emilycoy) is a professional studio vocalist, lyricist and voice over artist. She has both national campaigns and international commercials on her resume, as well as released tracks with labels from all over the world. Coy has been called a "vocal chameleon"; her ability to tackle and bring a professional, commercial sound to any genre - from house to funk, rock to jazz, and back around to pop - has made her a viable player in the industry. She looks forward to working with and producing hits for the very best producers worldwide.
Emily Coy Soul/HipHop Showreel
0:00
0:00
7 likes
517 plays
Looking for another sing-songwriter for upliftin EDM House track 7 years ago

karlswix said...
"Did a great job on the vocals! Thnx E"
5 stars