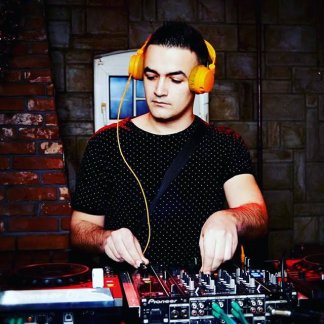 Producer, DJ, Event organizer. In 2005 he began his musical adventure playing drums and a year later he discovered the need to fulfill himself as a music producer. In 2008, he released his first production to stores, and another production has already appeared in several music stores on the top sales lists. Over the years, he produced various genres of electronic music up to now where he deeply took root in "Deep House", "House" and "Tech House". His productions could be heard on Polish and foreign radio stations, including "Polish Radio Four", "BBC Radio 1", and also at the top of the hit list "House20PL" in "Muzyczny Radio". He has several music videos on his account, his music videos were broadcast at the "ESKA TV" or "4FunTv Dacne" stations. In 2016, he opened his own label "Deepcloud Records", releasing many of its materials and receiving recommendations from the biggest music stores "Beatport", "Traxsource", where the songs were on the main promoted by stores. In his discography we will also find the hymn of one of the biggest events in Poland, remixes played in various clubs in Poland and many DJs in the world. Mariusz also released a song released by one of the biggest music labels in our country, "My-Music Group".

As a DJ he has been active since 2006 - he played in such clubs as "Ambasada - Łódź", "Heya - Szczecin", "Champion - Chojna", "Pinokio - Szczecin", "Eclipse - Stargard". He resumed the club "Złota Rybka" in Ińsko and now you can meet him at the place "Nuta Smaku" in Łobez where he resides. In his sets, there are different styles from funky house to stronger tech house tips.