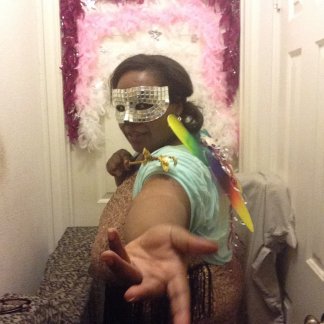 San Antonio, United States
All the talk about it
0:00
0:00
2 likes
2538 plays
Get off Your Buns
0:00
0:00
0 likes
326 plays
Member Since: July 30, 2015
Studio Access: YES
Vocalist Fee: $500
Gender: FEMALE
Country: United States
Microphone: Samson
Genres:
Sounds Like: Mariah Carey 0 FAITH EVANS 1 Whitney Houston 0 Choir 0
Vocal Styles: Soulful 2 Country 0 Musical Theatre 0 Pop Diva 0 Rap 0 Reggae 0 Rock 0 A Capella 0 Opera 0 Classical 0 Diva 0 Choir 0 Spoken Word 0 Pop Divo 0
Vocal Characteristic: Strong 1 Silky 1 Crisp 1 Smooth 1 High 1
The singer/songwriter has racked up accolades for her production skills as well, of which can be heard in some of her recently released music such as the soulful sultry pop/rock single Outta Ya Mind and "HA HA Look Who`s Laughing Now". Originally from San Angelo, TX, Chiffon Ma-ry` got her start in singing and writing at a very young age. Fast forward years later at the age of 26, it is no secret that Chiffon Ma-ry`s stage presence is just as sensational as her vocal performances lyrically especially as captured in many of her fans on air performances. It is evident that this Up and Coming Singer Could very well be giving the music industry a run for its money. Though musically this artist surely may have relevant pop music by what radio is playing today, however Chiffon Ma-ry` has still managed to form her own lane in the industry bringing something unsuspectingly different to the table with each and every release keeping a level of uniqueness and versatility making a name for herself in the industry.“Outta Ya Mind” is currently in heavy rotation on WGTS-DB, top 40` music talk radio show The Gud Tymez Show, Hot 108 FM, Power 89 FM, and Mix Vegas from her, her songs have continued to draw listeners in .

It is the community reach of stations that have continued to support Chiffon Ma-ry`s creative sound, such as The Gud Tymez Show which sits at the13,918 spot for top radio stations in the and 61,281 worldwide, drawing in an estimated average listener visiting range span of 3,000 listeners a week where the singer`s music can be found with followers tuning in to platforms like The Gud Tymez Show, fortunately contributing to the broader magnitude of both reach as well as potential in exposure for musical projects.

Chiffon1 has no reviews.