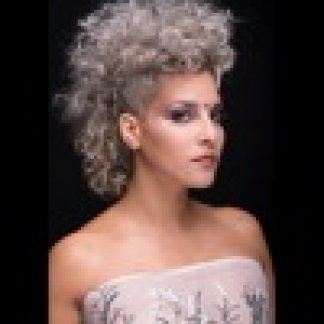 Brooklyn, United States
CEO
0:00
0:00
1 like
14 plays
Member Since: May 1, 2019
Studio Access: YES
Gender: FEMALE
Country: United States
Microphone: Blue Baby Bottle SL
Genres: Languages:
Sounds Like: Lady Gaga 1 Madonna 1 Sia 0 Dua Lipa 0 Ellie Goulding 0
Vocal Styles: Diva 0 Pop Diva 0 Rock 0 Soulful 0
Vocal Characteristic: Deep 0 High 0 Low 0 Smooth 0 Strong 0
The virtual dancehall that is the world of electronic music is a crowded and disparate place, full of talents great and small. Those who stand out in the mayhem are those with electric talents and eclectic personalities. One or the other will usually suffice, but occasionally someone comes along with both.
Meet Aradia. She has both.
With the playfulness of Grimes, the introspection of Florence Welch and the cheeky observational attitude of Lily Allen, Aradia brings something with originality and depth to the world of Alternative Pop.
In the tradition of the few female artists she can be likened to, Aradia composes & produces her own music. She makes her own beats and artfully creates soundscapes that blend pop, New Wave and true electronica. A powerhouse of independence and creativity, she also designs her own futuristic fantasy garb. But don’t expect lo-fi DIY music from this songstress. Aradia is every bit the professional she set out to be, and the quality of her music reflects that. Not to mention her voice. It’s iconic; the kind that makes people stop what they’re doing to find out who that voice is coming from.
Her talent is born from a lifetime of studying & performing music. Born in the New York City metropolitan area, Aradia eventually enrolled in the Aaron Copland School of Music. Disaffected with the petty politics of the classical music world, Aradia dropped out and launched her efforts to make music on her own terms. She played guitar & sang in bands, while working on her synth-driven solo music. After a sojourn to Seattle & Los Angeles where she fine-tuned her craft and her sound, Aradia has landed back home in NYC and is preforming regularly while finishing her upcoming album. Her first full-length album, Citizen of Earth, garnered recognition from college radio and the blogosphere. She returned in 2017 with her single, “CEO,” a synth-infused powerpop anthem full of girlpower themes & other zeitgeists of our time.
While other artists dabbling or diving into sounds struggle to marry the principals of technology and real life, Aradia carves up reality into musical packets and serves them hot and fresh to all comers—sharing bits of her empowerment & insight along the way. Her ability to illuminate moments large and small is distinctive, and she can bloody well knock you on your ass with her powerful arrangements or her voice. Aradia’s music isn’t a whim or a fad; it’s a life-altering experience.
CEO
0:00
0:00
1 like
14 plays

Aradia has no reviews.