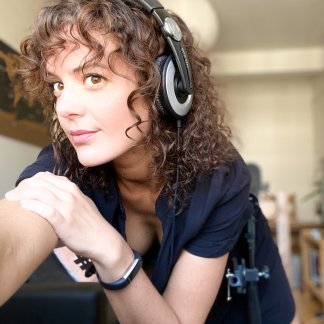 LONDON, United States
Everybody
0:00
0:00
0 likes
21 plays
ARE WE EVEN
0:00
0:00
0 likes
21 plays
Member Since: October 26, 2018
Studio Access: YES
Vocalist Fee: $150
Gender: FEMALE
Country: United States
Microphone: SM7b
Genres: Languages:
Sounds Like: Adele 0
Vocal Styles: Pop Diva 1 Rock 0 Soulful 0
Vocal Characteristic: Deep 0 High 1 Smooth 0 Strong 0 Crisp 0 Low 0
Originally from Paris, France, Andrea started her career studying music and dancing. At the age of 18 years she began her journey as a Singer/ Dancer in one of Las Vegas' s most acclaimed production "Jubilee" at the Balley's hotel.
Wanting to be part of the creative process, Andrea embarked on a journey to discover life, finding her voice and songwriting style in New York City, when at the age of 18 years old and without knowing anybody she takes her bags and guitar to start her life where she calls it home.
2 years later she will record her first single ' What about love" with Producer Aaron Knight.
In 2012 `Andrea forms a band called Frealane where she will write, compose and co-produced 2 EP's, self-booking a EUROPEAN TOUR AND AMERICAN TOUR with great success.
Andrea Dee has been writing, composing and co-producing for bands, producers, artist all over the world. Bilingual she is able to sing in English and French. Her style varies in pop, country, singer-songwriter, indie-electro, and rock.
Very professional in her delivery she has a home studio, where all the magic happen.