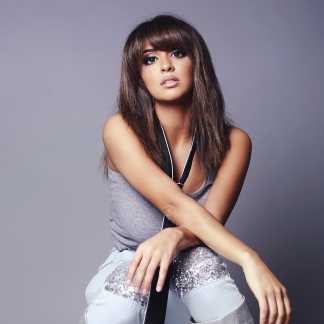 United States
Aint no other man Cover
0:00
0:00
7 likes
270 plays
Member Since: June 16, 2016
Studio Access: NO
Vocalist Fee: $600
Gender: FEMALE
Country: United States
Languages:
Sounds Like: Christina Aguilera 3 Ariana Grande 2 Tamia 1
Not too many artists are capable of truly opening their hearts to their audiences, but singer-songwriter Alana has never found that to be an issue, and it’s what makes her one of the strongest artists in today’s emerging pop scene. Starting early in her life with a devoted love of pop music that she listened to while dancing in her mother’s salon, Alana used music and art as a source of escape while living in a troubled household.
Inspired by her difficult past, and vowing to work ten times harder than everyone else, she took influence from Shakira, Britney Spears, Mariah Carey, Christina Aguilera, Whitney Houston, and more to learn from the greats. She also dove into stage work and transferred to a Creative Arts-based school before moving to Los Angeles at the age of eighteen.
The California city has proven to be just the creative bubble the talented artist needed to truly hone her craft. While simultaneously working on her acting and dancing career, the dynamic singer has never forgotten her roots and has continued to push herself creatively, intellectually, emotionally, and more. Her latest project will see her working with some of LA’s most exciting up-and-comers, including SawyerLee Hannibal Hector, and Brit. With influences that range from R&B to hip hop to pop, Arabic music, and more, her songs are ready to trailblaze a new movement in LA’s pop scene and might not be a household name quite yet, but her subtle yet powerful musical style has us banking that she’ll be a lot more familiar in the coming months. The up-and-coming star brings forth a powerful vocal range that brings her songs to life, and her latest release “Something About You” is about to be a secret weapon for those looking to add to their summer playlist.
Blending R&B influences with today’s electronic and pop styles, the song keeps itself in line with today’s musical trends while simultaneously pushing the boundaries with powerful lyrics and incredibly catchy production that shines Alana’s truly beautiful vocals and proving that she’s destined for success. “Something Bout You” leaves her heart open to her audiences, but it’s in her raw honesty where she sets herself apart from the rest. With an ability to conjure up various emotions while getting her listeners onto the dance floor, her latest track might just be a massive surprise sleeper hit this summer.
Aint no other man Cover
0:00
0:00
7 likes
270 plays