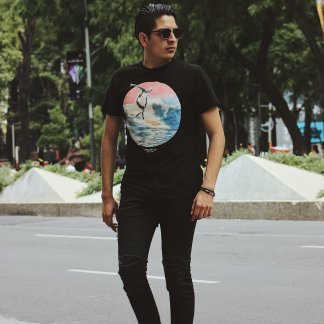 Mexico
A-ZAR ft. Sunnie Williams - Bring on the World
0:00
0:00
1 like
2 plays
Member Since: June 29, 2017
Studio Access: YES
Gender: MALE
Country: Mexico
Genres: Languages: ****LOOKING FEMALE SINGERS FOR COLLAB****
I can pay an amount of up-front pay and combined with royalties that make both of us happy

EDM/Pop Producer that his sound has made him stand out within the national electronic scene, leading him to sign with one of the most important labels of Mexico +Mas label (EMPO).

Due to his prominent growth in his music and in the Mexican scene, A-ZAR was part of the most important festival of electronic music in Mexico (EDC 2019), having a great public acceptance and placing him in the spotlight of other national and international festivals.

His last single "Bring on the World" changed the course of his music career so he become a prominent artist within the label and being listened in more than 10 countries, mainly Mexico, the United States and the United Kingdom.
Looking for singers for my new projects
A-ZAR ft. Sunnie Williams - Bring on the World
0:00
0:00
1 like
2 plays