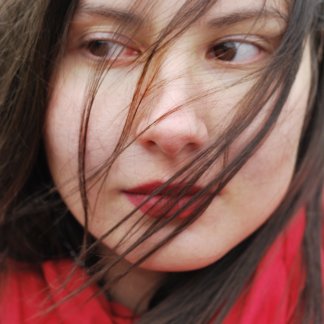 5 years in the recording experience.
Have an access to a high quality studio.


Aigiza is a 21 year old singer-songwriter.

Coming from a creative family, she always enjoyed performing on a stage.

At the age of 15 enters a music college where for 4 years she's been studying pop singing, although, her vocal coach exercised her with opera techniques which gave Aigiza a strong vocal base and deepness in her voice.

Also during this period of time tarted to write her first songs.

Her music is inspired by such genres as folk, jazz, rock, indie.

After the graduation Aigiza moved to Paris to put her career on the next level.

There she meets Jay Golden - an american bass player, producer from the US, who has been playing with such big names as George Benson, BB King, Marvin Gaye and etc.

For 1 year Aigiza has been performing and gaining great experience with Jay Golden's band.

Anthony Alleeson said...
"Aigiza worked very professionally and skilfully to create a great soulful and sultry vocal track for my song. She was a pleasure to collaborate with and I look forward to working together very soon."
5 stars